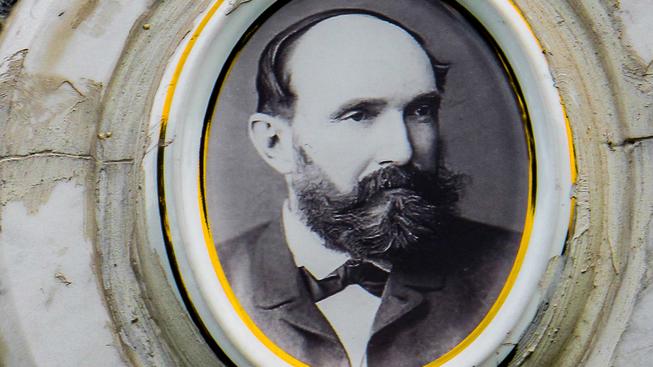 Almost three thousand individuals live in Horoměřice today, but the village’s most famous resident passed away long before the grandparents of those living there today were anything but a glint in the eyes of their own grandparents. Benedikt Roezl was born in August 1824, and he went on to become the most famous orchidist there ever was, although I’d wager that most would struggle when tasked with naming a second orchidist. Roezl grew up to become a traveller, a gardener and botanist, also acting as a potential inspiration to the glum Scottish writer James Barrie (author of Peter Pan) when losing a hand in an accident in Cuba that did more to increase the mystique around Roezl than any amount of orchids ever could.

Benedikt had a head start in the flora world as the son of a gardener, learning the ropes whilst growing up in the village before showing a keen aptitude for the care of exotic plants under the tutelage of Bohemia’s finest gardener, Franz Josst. Roezl spent three years learning under Josst before spreading his wings and embarking on his travels, heading off to the Belgian town of Ghent to continue his apprenticeship. The shackles were off, and Benedikt Roezl performed his tasks so well that he soon found himself in the position of head gardener for Louis van Houtte, himself a keen horticulturist. The garden soon became a national institute, and Roezl was on the road to becoming a gardening superstar. Europe was on the verge of what can only be described as ‘orchid mania’, an admittedly mundane form of mania but a form nonetheless, and van Houtte was keen to capitalise on this. He sent a number of collectors out to the Americas to investigate the flora of the new world, with his prize gardener among them. Benedikt Roezl packed his bags and headed off to the west, initially settling in Mexico where he ran a restaurant to pay the bills. The tavern brought in the bacon while the man himself spent all his free time collecting orchids, scaling mountains to drag down orchids from temperatures that had long since fallen below zero.

It proved difficult to keep Roezl apart from his sea legs, and his insatiable desire for discovery soon meant his Mexican restaurant (not to be confused with a Mexican Restaurant) was left behind. The intrepid orchidist travelled from the top of the Americas to the bottom, from north to south (as alluded to by that whole ‘top to bottom’ thing), unsuccessfully dealing with bandits and robbers every step of the way (not literally). He was successful to a degree, not being killed and all that, managing to avoid his captors thanks to money and flowers, although the smart cash is on the former being more useful than the latter. When in Cuba he designed a machine that specialised in processing ramie (an important fibre crop), but the machine was mostly successful in crushing Roezl’s left hand. The iron hook that replaced the fist was an inconvenience of sorts when it came to gardening, but it proved a roaring success from the point of view of the locals. Who wouldn’t want an eccentric European botanist with an iron hook for a hand hanging around?

Benedikt Roezl was a botanical legend if the point hadn’t been made enough as of yet. His knowledge covered all areas of horticulture, but it was in the field of orchids (not a field of orchids) that his name was truly made. Over the course of his travels, Roezl managed to discover more than 800 different species of orchid, more than 40 of which would be named in his honour. He climbed actual mountains with the sole aim of bringing orchids back down, shipping them back to Europe by the ton. If you were to say that Benedikt Roezl shipped a ton of orchids, that would be correct in the most literal sense. The wear and tear of travel eventually caught up with him and he finally returned to Europe in 1875, returning to his native Bohemia and the city of Prague, where he established a Czech botanical magazine by the name of Flora. He died just a few short years after the magazine was established, but not before having awards bestowed upon him from all corners and a statue in his honour unveiled in Karlovo Náměstí. It may well be accurate to say this his obsessive collecting of orchids did irreparable damage to the natural habitats in which the world, but this tends to (correctly) get lost under the weight of his achievements. That or the weight of the orchids, I can’t be entirely sure.

In Via The Left Bank of the ‘90s, John Bills takes the reader on a tour of Prague using the underground network as his guide, from the birth of the city at Vyšehrad through to the Velvet Revolution at Národní Třída and everywhere in between, including blokes who loved orchids and no small amount of executions. This is everything you ever wanted to know about Prague, and then some. The eBook available in our splendid little shop here. 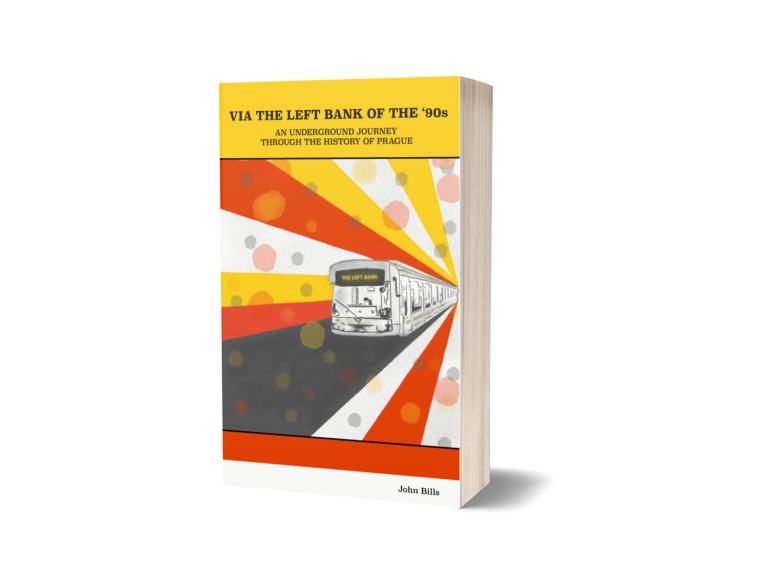